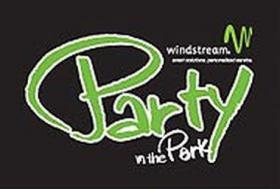 A diverse collection of music, from rock to reggae, funk, gospel and even a band that just plays baseball songs. That's all part of this year's Windstream Party in the Park concert series in Rochester which sees some changes from last year.

For one thing, the venue moves back to Martin Luther King Jr. Park at Manhattan Square where it began 18 years ago. Since 2008 it has been  at the corner of Exchange Boulevard and Court Street. And with new venue comes a change in ticket prices. Last year, most tickets were $2,  with some limited seating available for $5.  This year, the fee is $5 for everyone, and children under 12 get in free. A 'party pack' of tickets to all nine concerts with access to an express line is available for $35 (a $10 savings).

"Not at all, I think we have some great acts that we've lined up and five dollars is really a treat for everyone and for people 12 and under it's going to be free and so we are encouraging families to come out and enjoy a night of entertainment."

Warren says the higher fee is related to the cost of putting on the concerts and related promotions.