Connections: 25 years of R.E.M.'s Automatic for the People

25 years of R.E.M.'s Automatic for the People

In modern media, success usually means following up with the same thing that brought success. Music, television -- think about why the characters on Friends only became caricatures of themselves. But 25 years ago, a band went against the popular grain.

R.E.M. had found massive commercial success with their 1991 hits like "Stand" and "Shiny Happy People." Suddenly, just as popular as Madonna, the band had a chance to fire off more and similar hits. But their 1992 album, Automatic for the People, is one of the darker pop albums of the era. Songs about suicide prevention and tragedy were not exactly what the producers were hoping for, but the band stayed with their vision. Is there a lesson there? We examine with our guests:

Evan Dawson
Evan Dawson joined WXXI in January 2014 after working at 13WHAM-TV, where he served as morning news anchor. He was hired as a reporter for 13WHAM-TV in 2003 before being promoted to anchor in 2007.
See stories by Evan Dawson 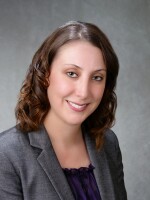 Megan Mack
Megan Mack the producer of Connections with Evan Dawson and Unleashed: The Pet Show. She joined the WXXI News team from WHEC-TV, where she produced newscasts and The Olympic Zone, and from the University of Rochester, where she served as an assistant director of public relations. Her background extends to television sports and entertainment, and to communications and social media management for non-profits.
See stories by Megan Mack